Welcome to the Higgins Beach Association

Due to the Novel Coronavirus 2019 (Covid-19), the HBA Board of Directors have decided to cancel all 2020 summer events. Below is Governor Mills plan to reopen the state. In all stages the gatherings are limited and 14 day quarantining is required for people entering or returning to the state through August. The HBA is concerned about the health and safety of our volunteers, most of whom are in the high risk category, and the health of all our members, families, and guests. Check back here for the latest information. Stay Healthy!

Governor Mills outlined a plan to reopen the state of Maine. Here is a summary of the plan. The plan is in four stages.

Stage 1 starts May 1st and requires social distancing and no groups larger then 10. People entering or returning to the state must quarantine for 14 days.

Stage 2 starts June 1st and increases gatherings to 50 people, and continues the quarantining for people entering or returning to the state.

Stage 3 starts July 1st and goes through August and continues the restrictions in stage 2.

Stage 4 time is TBD and lifts most restrictions.

These plans are fluid and subject to change. Please check with the State for the latest information. links are provided below. 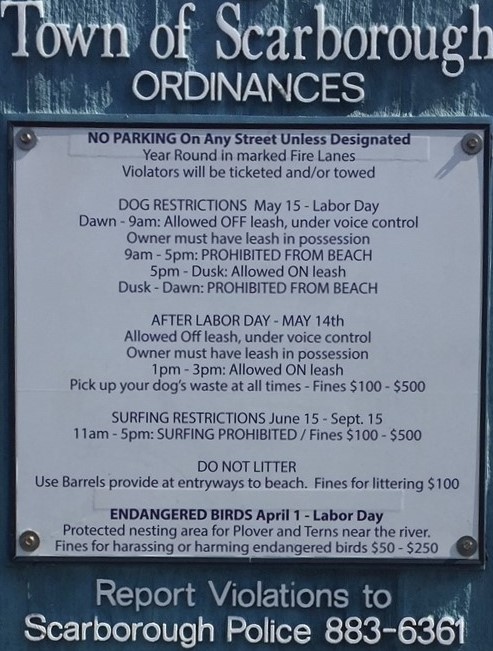 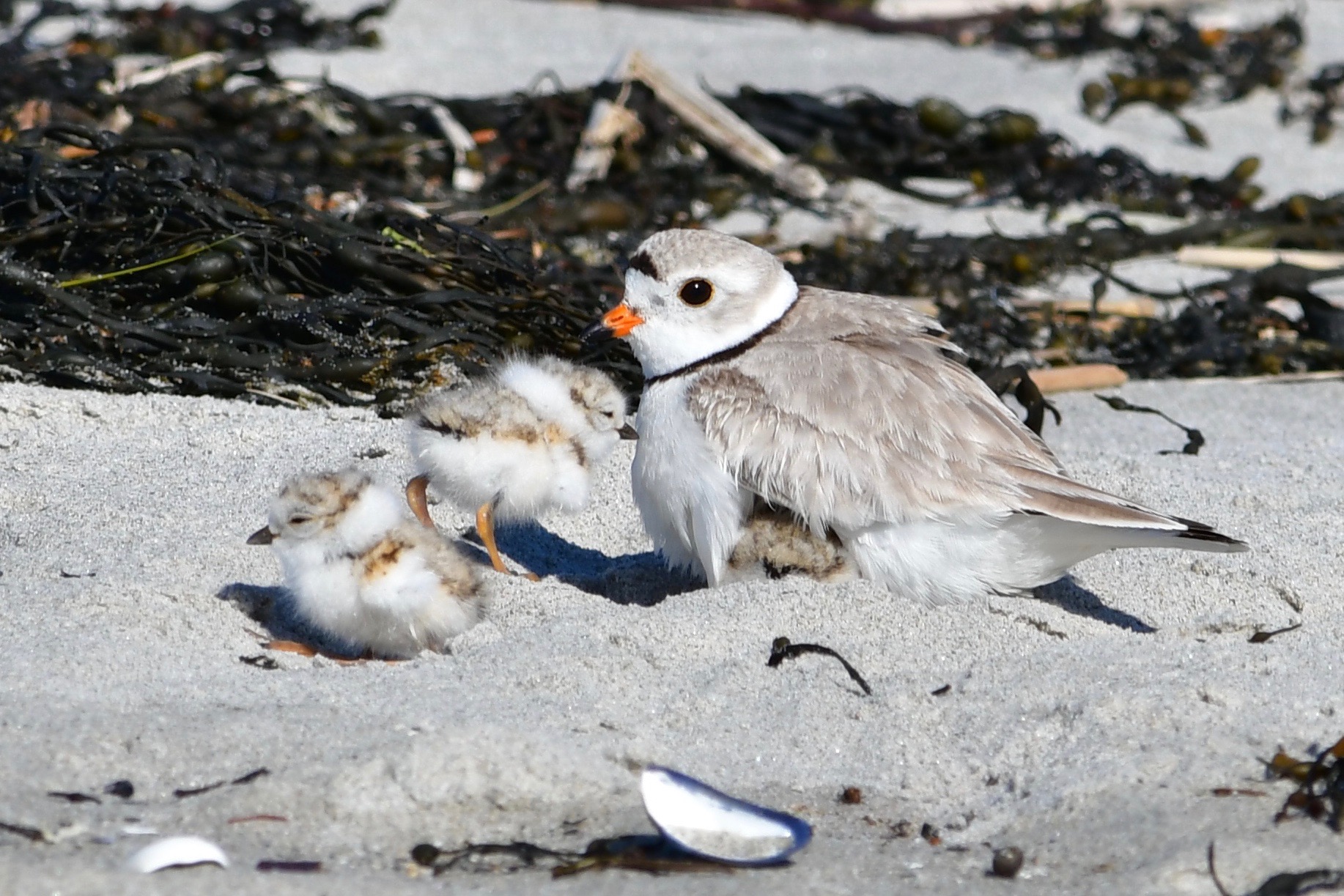 Adult Plover with 2 chicks and a third under the adult

Higgins Beach is part of the Maine Healthy Beaches Program. Water is tested weekly, from Memorial Day to Labor Day, for the presence of enterococci bacteria which is an indicator of fecal contamination. Maine Healthy Beach signs are posted at all beach entrances.

Trained volunteers, including some high school students, take samples of the water at various locations along the beach. The samples are sent to a lab and if there is a high bacteria level, advisory signs and a warning flag are posted at the beach entrances. Results are also available on the Maine Healthy Beach website.

There are two types of Beach Advisories:

Rainfall Advisories: These are posted at Higgins whenever there is more than an inch of rain. Higgins Beach has a history of high levels of enterococci bacteria after a significant rainfall.

Contamination Advisories: These are posted whenever the bacteria in the water exceeds an Environmental Protection Agency standard for water contact.

It is recommended that all water contact be avoided when an advisory is in place due to the possibility of illness. 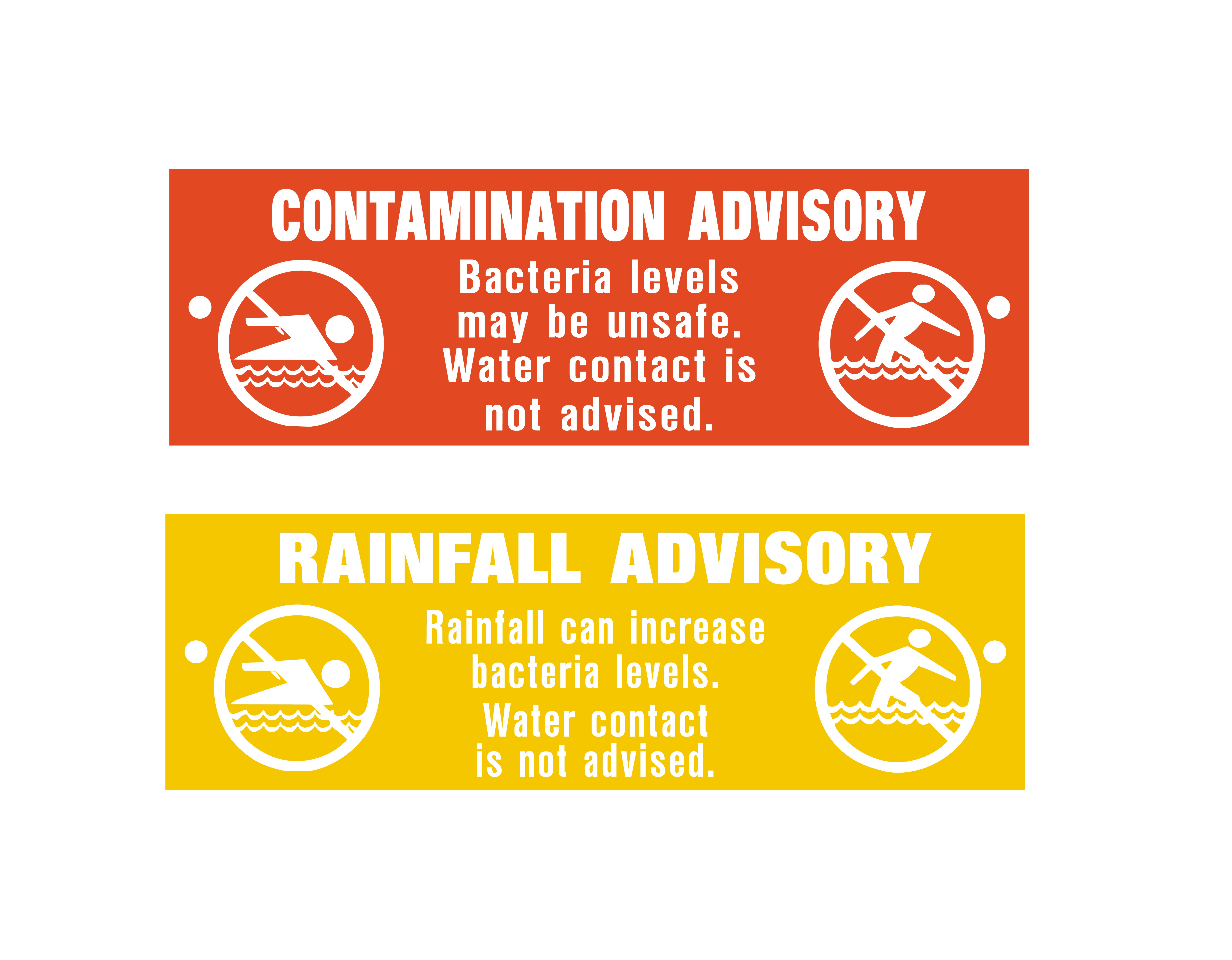 Look for These Advisory Signs if conditions warrant 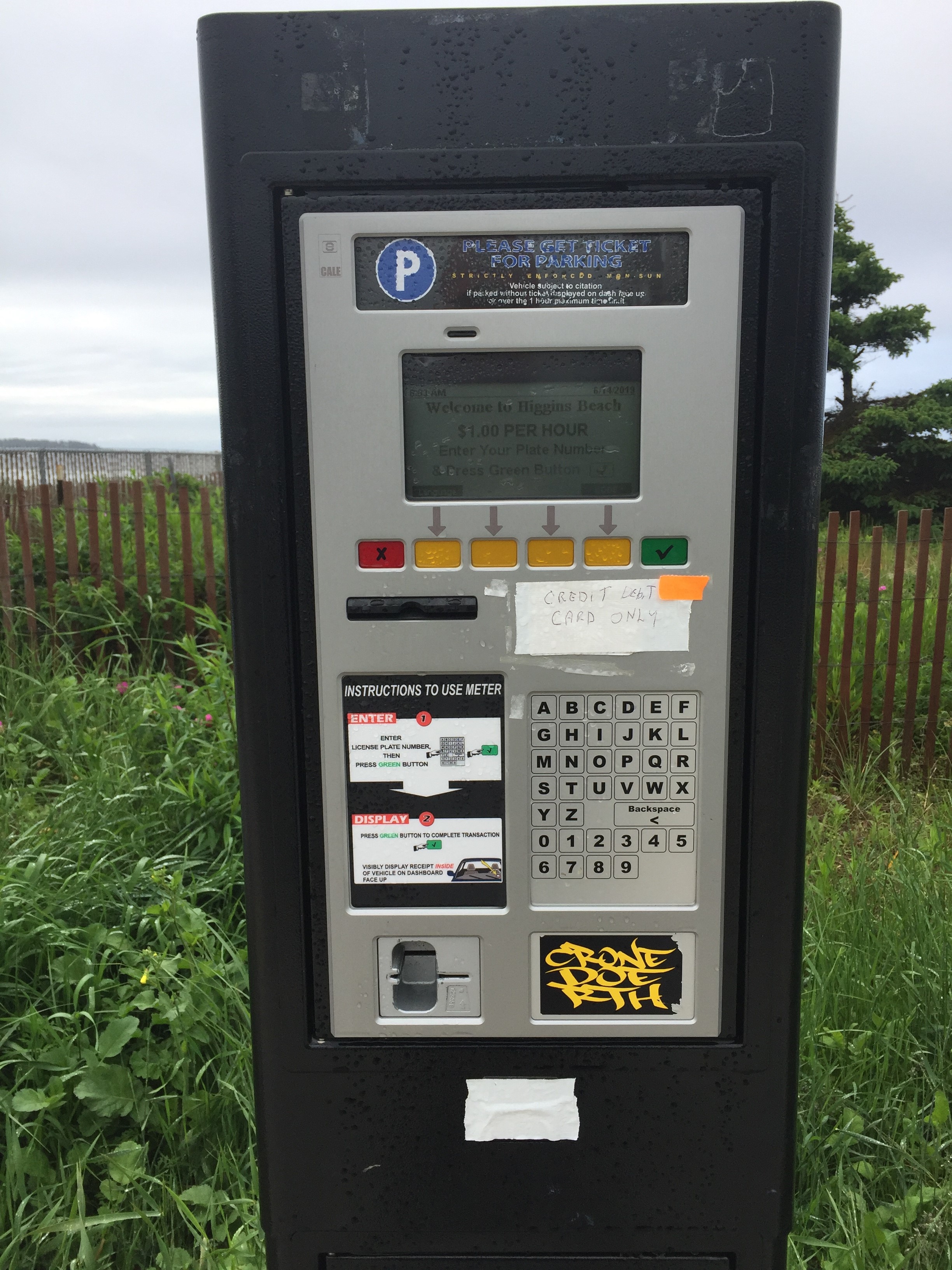 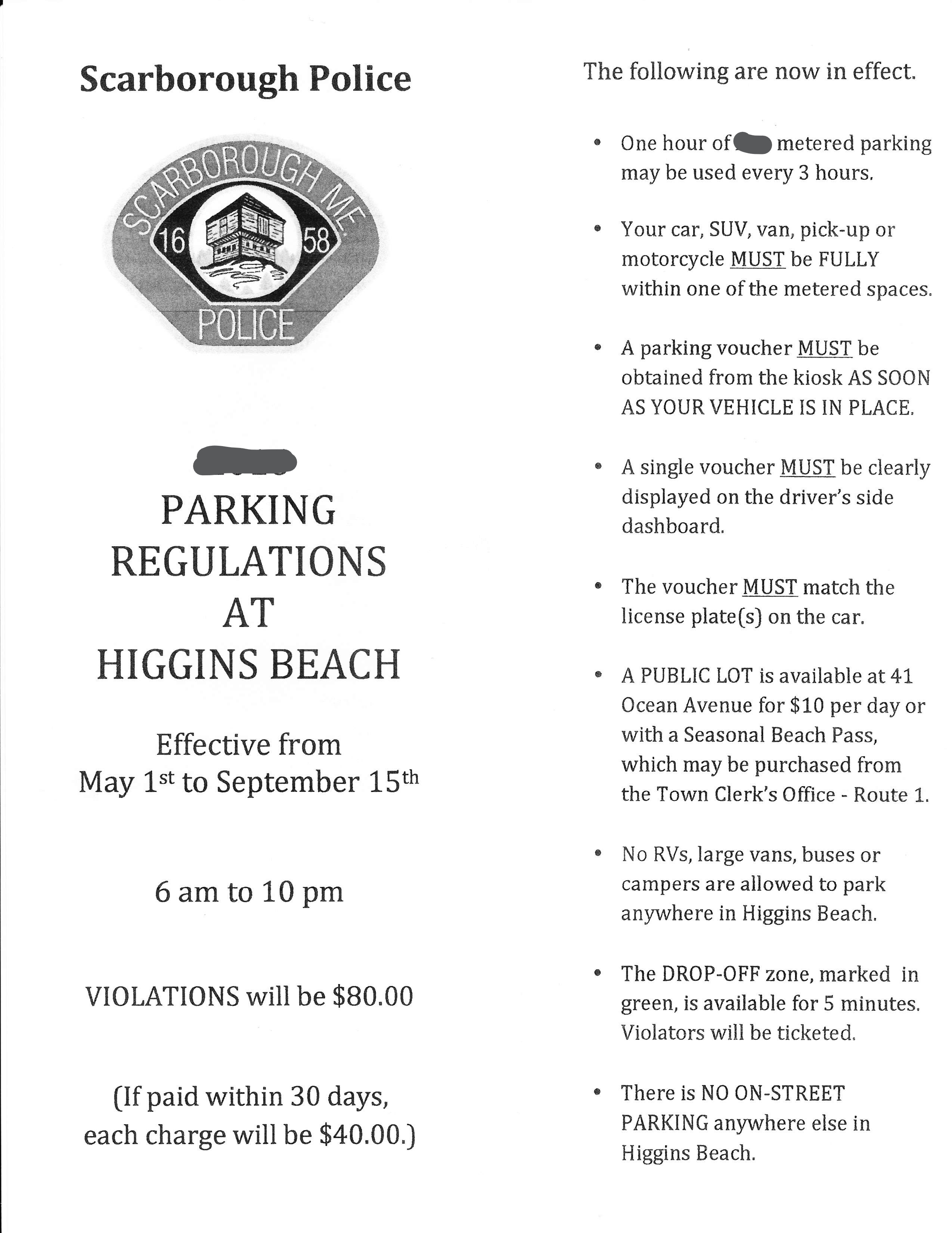 Parking available in the Parking Lot.

Wreck Of The Howard W. Middleton

"The old wreck down by the river has been a part of the scenery here at Higgins Beach so long that most folks just take it for granted. But there are some of us who can remember when it wasn't there and when it came. Way back in 1897, August 11, that was a bad, bad night-foggy! It was so thick it looked as if the space between earth and sky was stuffed with gray-white cotton.

"A bunch of "us kids" rode over to Bowery Beach on our bicycles to a square dance that evening. It was clear when we started; but when the dance was over and we set out for home, it was so foggy we were afraid of running into each other on the river coming down Meeting House Hill and across Spurwink. However, we made it without a mishap. About two o'clock my mother was awakened by loud curdling noises out towards the water, but she could see nothing. When morning came and the fog cleared, we saw a three-masted schooner stationed well inshore near the first point in the river. It was a beautiful ship-majestic-setting there as if at anchor. She didn't look at all like a wreck with a big hole in her hull.

"It was the Howard W. Middleton, strongly built of white oak and yellow pine in 1882 at Camden, New Jersey-a really noble ship. It had left Philadelphia on August 2 with 894 tons of coal for Peter Nickerson and Company in Portland. Captain Shaw was trying to make Richmond Island Harbor inside the breakwater to lay over till morning. Instead, he ran onto that rock near the mouth of the Spurwink. On our geodetic map that rock is charted simply as "obstruction" and it is only about 28 feet (8.5 m) deep there. If you stand at the foot of Champion Street at a very low tide, you may see the top of the rock beneath a breaker. You can always see a breaker there a couple of hours before and after dead low water.

"Well, there was lots of excitement! The crew came ashore and talked with the residents. Tugs from Portland Harbor plied the water for days taking off coal. She had soft coal in her lower hold and hard coal between decks. On August 12th, she was declared a total loss and was placed in the hands of the underwriters. People began to pick up coal on the beach by the buckets and barrels. Mrs. Kenney remembers that her father drove over from Westbrook with a cart and got two tons of coal for winter.

"People were eager for souvenirs, of course, and many of us remember when some big boys stole the ship's bell. But the Captain or the Sheriff made them return it to the Captain. "There she stayed on the rocks, pretty as a picture (although she was really broken in two), all the rest of August and was there when we left in September. Sometime that following winter a storm broke her up and washed her ashore where she now lies. There is a piece of it in the river, too, which can be seen at low tide. There are always changes around the old wreck. Years ago there was quite a big swimming pool around the ocean end of it with water as deep as eight feet near the boat. A twelve year old boy was drowned there one summer.

"Some years the ribs of the hull stand up head high above the beach and perhaps the next year they will be buried in the sand. For years we picked up beautiful iridescent pieces of coal showing red, green, and blue; and even now you may find a lone piece from the old Howard W. Middleton. A few people have a picture of this boat on paper weights. These pictures were taken from the beach and showed this proud, three-masted vessel in her last days of beauty.

"P.S. In talking with several people, I found that my memory did not agree with theirs. I had the date wrong and I couldn 't think of the name, but I did remember the number of tons of coal. However all the facts herein have been verified by the old newspaper records of August 11 and 12, 1897." 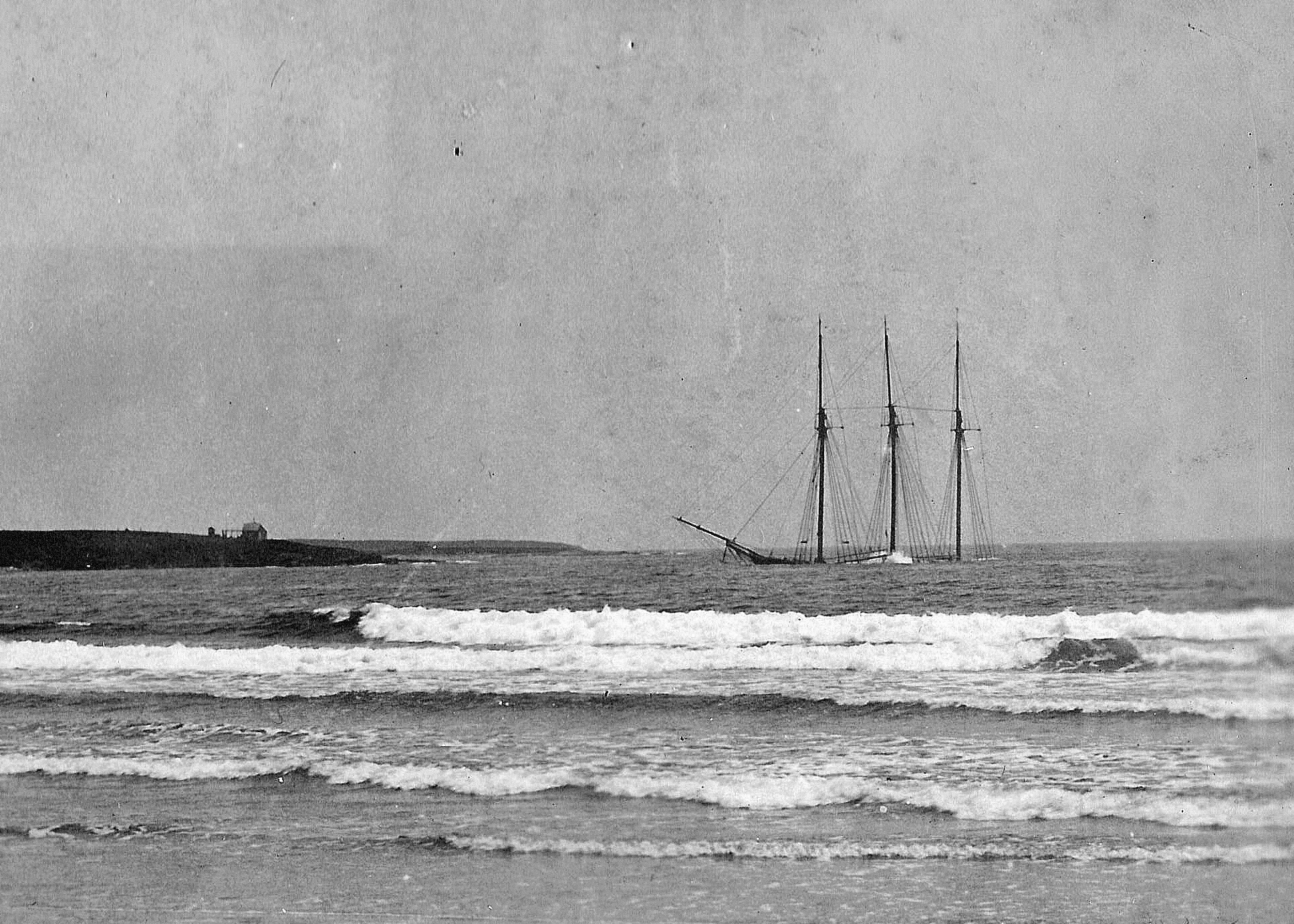 The Howard W. Middleton aground 1897 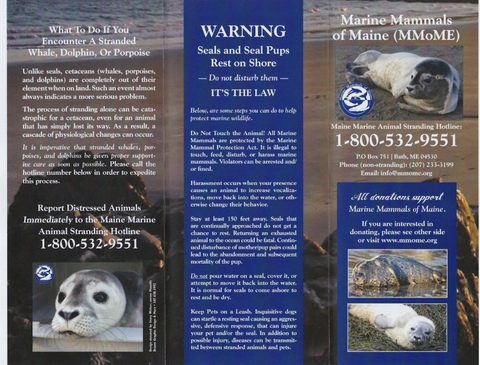 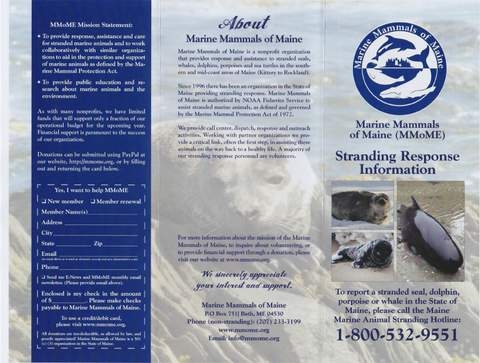 This is an important notice for all Higgins Beach property owners, renters, and guests regarding the Town Fireworks ordinance. The ordinance requires any consumer of fireworks in the Town of Scarborough to submit a Notification of Intent to the Scarborough Fire Department. Renters and guests must have the property owners permission. The consumer must also state that they have liability insurance for any bodily injury or property damage caused by the fireworks. After approval by the Fire Department, fireworks may be used only on July 3rd, July 4th and December 31st and January 1st beginning at 9:00AM and ending at 10:00PM. Fines for violation are $100 up to $500. The link to the official Town website and ordinance 608a with a copy of the Intent form is Here 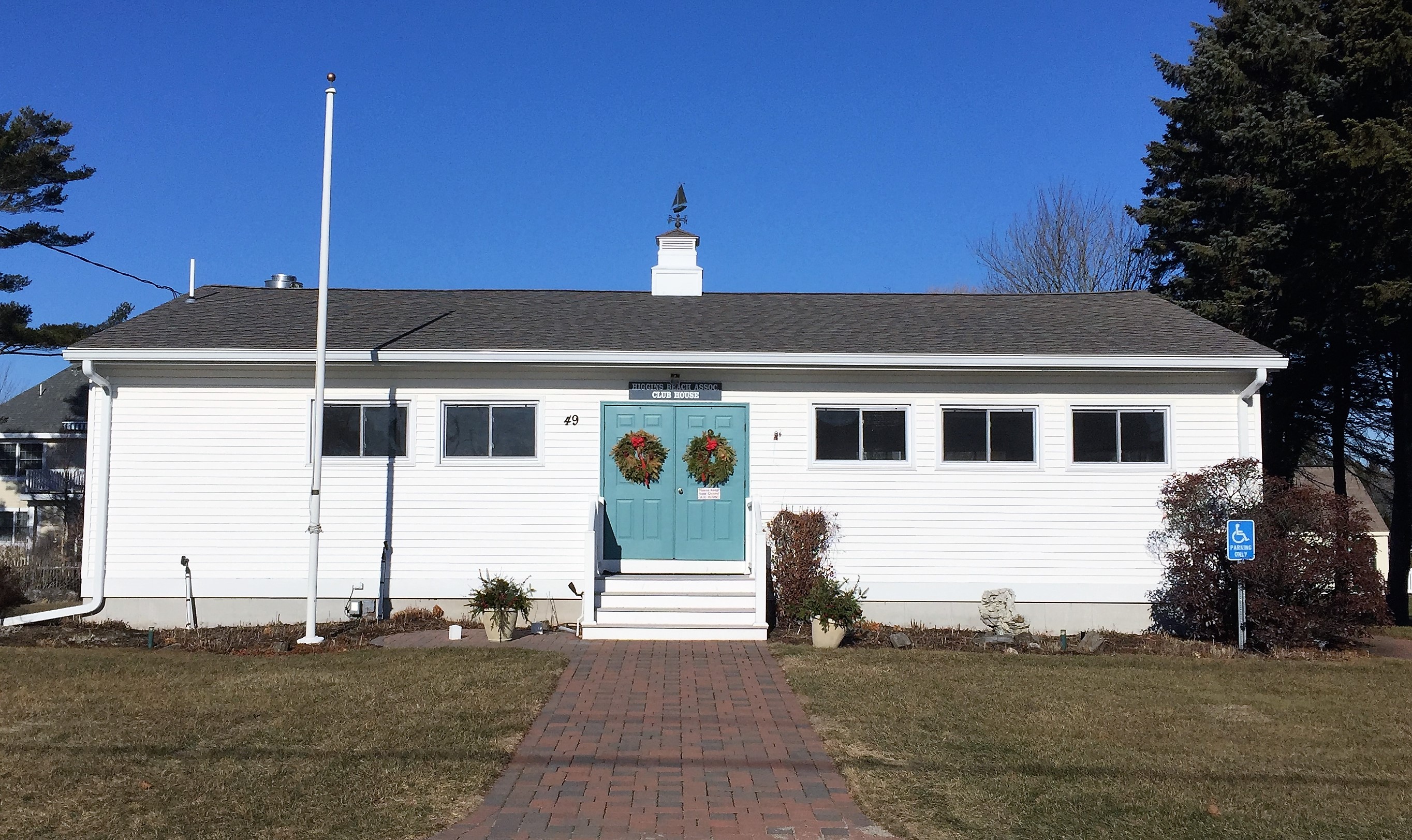 There are many activities that the HBA organizes for our members. Most of the time it is the same people doing all the work. If you would like to help at any of our activities, contact a Board member or email us.

Want to be a Board Member

Protect the Safety of our Beach
Obey the Speed Limit